In the Quoddy Head State Park stands the West Quoddy lighthouse. This lighthouse is located in Lubec, Main. The place that this lighthouse stands is the most eastern point in the United States main land. 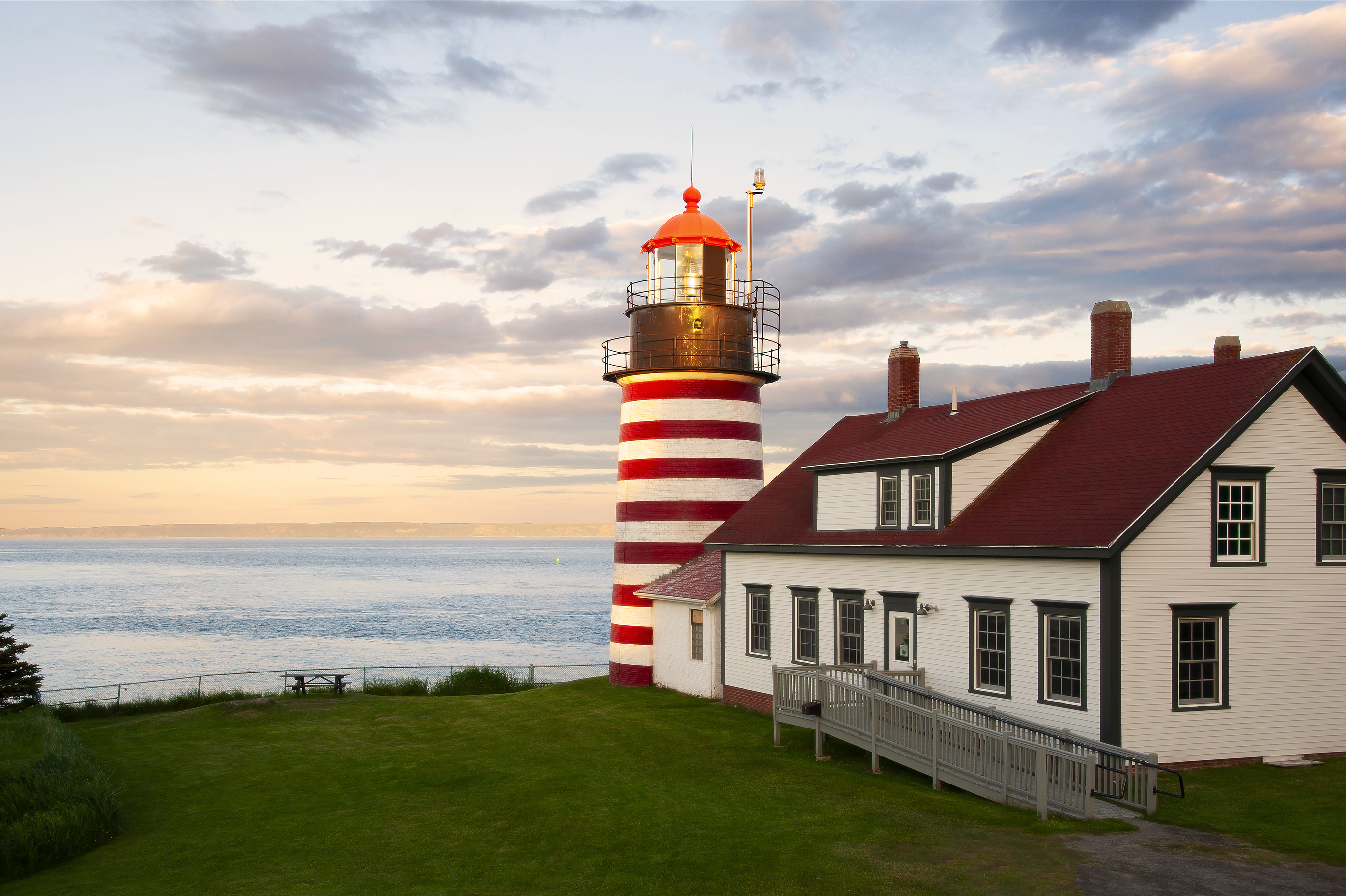 The West Quoddy lighthouse has a unique color design and is the only one like it in the United States. (The Assateague Light has a similar design but the stripes are a different size.) The West Qouddy lighthouse is red and white in color with a “candy stripe.” Each stripe is twenty-five inches wide, and there are seven white stripes and eight red stripes. The design resembles a candy cane, but instead of the stripes being a spiral they are horizontal. Some say the lighthouse has red stripes to help aid the visibility of it, when there is snow on the landscape.

As other lighthouses it was kept lit by different types of oils, and as time progressed kerosene took the place of the oil. Then in 1932 electricity was the power behind the light. In 1988 it was fully automated, and today the United States Coast Guard maintains the lighthouse.