Massachusetts has 192 miles of coastline, and has dozens of lighthouses. There are 14 historical lighthouses on Cape Cod alone! 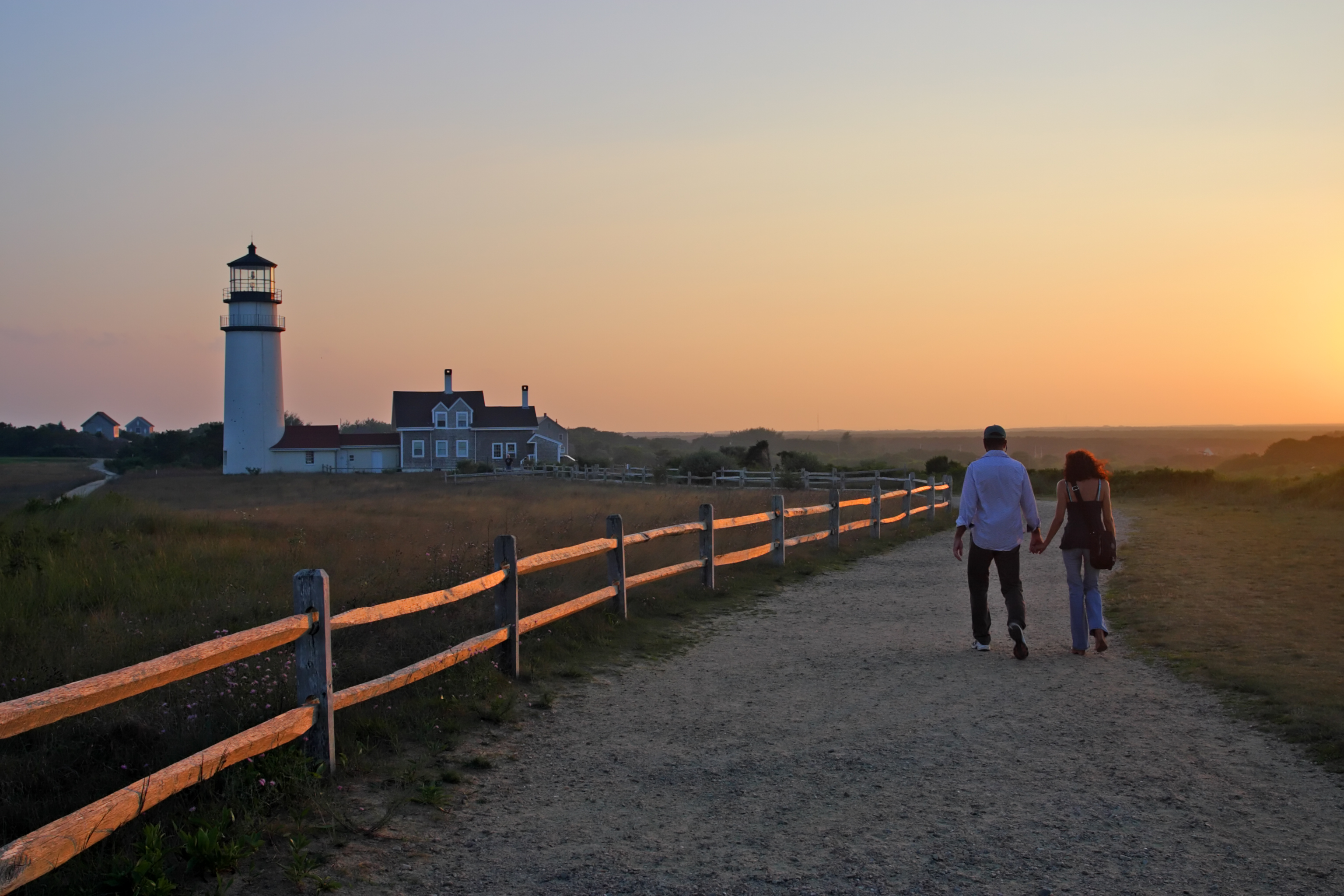 The oldest and tallest lighthouse on Cape Cod is the Highland Light (previously known as Cape Cod Light). It is an active lighthouse on the Cape Cod National Seashore in North Truro, Massachusetts. The current tower was erected in 1857, replacing two earlier towers that had been built in 1797 and 1831.

In 1797, the structure started out as a wood lighthouse to warn ships about the dangerous coastline between Cape Ann and Nantucket. It was the first light on Cape Cod. In 1833, the wood structure was replaced by a brick tower and in 1840 a new lantern and lighting apparatus was installed. In 1857 the lighthouse was declared dangerous and it was torn down and demolished and the current 66-foot brick tower was constructed.

The Chatham Lighthouse was just the second lighthouse on Cape Cod at the time of its original construction 1808. To set it apart from the first Cape Cod light, the Chatham was built with twin wooden towers. Until 1923 it was known as Twin Lights when one of the towers was moved several miles north, which then became the Nauset Light. The Chatham Lighthouse is built of cast iron plate with brick lining atop a concrete foundation and it is all white with a gray light. It is 43 feet tall with 44 steps and can be seen on the “elbow” of Cape Cod from 24 nautical miles out in the sea.

The Race Point lighthouse was first built in 1816 and was the third lighthouse on Cape Cod. It was made of stone and stood 25 feet tall. The light could be seen from nineteen miles out to sea. In 1845 it was built five feet taller and a fog bell was installed. This lighthouse lasted until 1876, at which time it was replaced with the current structure, a 45-foot tower with a cast iron exterior and a brick interior. It is a white tower with black lantern. At that time a new lightkeeper’s house was also built, though it has been modified a number of times since then. In 1957 the Race Point Lighthouse was electrified and automated in 1972, so a lightkeeper was no longer needed. The house still stands, as does a brick whistle house built in 1888. The whistle house held a steam whistle that replaced the 1845 fog bell.

Among the many Cape Cod lighthouses are many more historical attractions that offer gorgeous views from different parts of the Cape.